This is the place for any magazine-related discussions that don't fit in any of the column discussion boards below.
Post Reply
20 posts

Here are the pics of the project as it progressed. 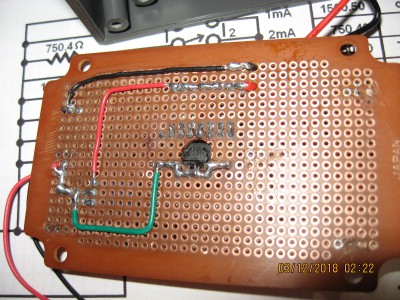 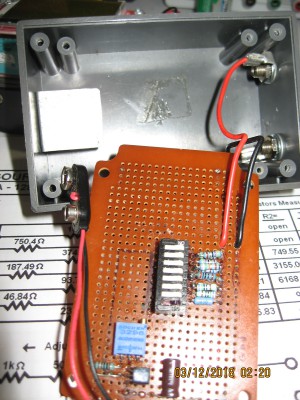 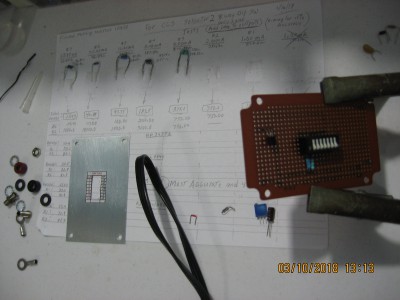 The battery symbol in the schematic is upside down.

The short line represents the cathode (negative), and the long line the anode (positive).

I would just add a few comments here.

We have to keep in mind that the reference diode for the LM317 and similar is on the same chip as the pass transistor. This creates a voltage reference drift with CURRENT as well as with temperature. The CURRENT problem is because the pass transistor dissipates power as the output current increases, and that causes it to heat up. Being on the same chip, it also heats up the voltage reference diode. That causes the temperature to change and so the reference voltage drifts. Since the reference voltage controls the output voltage in voltage regulator applications and controls the output current in current regulator applications, either one drifts as the current increases.
What this means in terms of resistor selection is that we have to take into account the drift with output current as well as with temperature.
Now we might be covered if we keep the device at room temperature where it might only change by a few degrees or so. But as current increases we have to calculate the resistor value(s) a little differently. In short, it's good to test and let run for a while to see how much the heating is going to affect the output current (or voltage).
In cases where it's only 100ma it may not be too bad, but in cases where it goes up to 1 amp we could see easily 5 percent change which although isnt too bad will be far more than probably expected. With the data sheet showing voltage reference drift of less than 1 percent it would be hard to think that it could get so much worse, but it does.

So test and be sure and adjust resistances if needed

Also might have to allow for warm up time.
LEDs vs Bulbs, LEDs are winning.
Top

MrAl, a couple of things. First thanks for your input.
I didn't mention in the project that I used heatsink compound on the LM317L and made sure that it came in contact with the metal cover. Second, this design only goes up to about 100mA because it uses a 9v battery.
I wanted to keep the current low for LEDs because most of the LEDs I use have lower current limits, usually 20-30mA and to conserve on battery usage. I only use this ccs on my workbench where the temp is usually pretty constant.
It's really only intended for personal use. I don't design things like this if I can find another source that is easy to find and cheap to buy. It was also fun to do!
Top
Post Reply
20 posts