by Janitor Tzap
I would like to take the person who came up with this design aside and punch them out!

by dacflyer
have you tried the gold plated ones ? not sure if the ones on the tv or other units, are gold plated or not..i hear that gold never corrodes.

by haklesup
interesting, I have not experienced problems with any HDMI connectors yet but in general, the major failure modes would be

While I don't recommend the cost of Monster cables, I have had just fine luck with 5", 10', 20' and 50' foot cables I got on ebay, I just observed the comments and rating to guess they had reliable product. Not being a repair person, I won't be exposed to the volume of problems you have. by CeaSaR
That's just too short of a time period for that type of cable to either oxidize or work loose. Monitors / TVs "should" be stationary devices where the connecting cables hardly ever move.

by haklesup
sounds like a cold solder joint and working the connector remakes a cold weld for a little while. That's usually what I find when there is finger tip sensitivity to open circuits at a cable connector (where replacing the cable does not seem to help). try a reflow with hot air, water clean flux would help the solder reflow but might be a pain to clean out of the connector after, worth it if you have to go all the way to removing a PCB from the monitor.

By now and especially of you want to work on the inside, your labor should be exceeding the replacement cost unless it is a very nice 4k monitor.

by Janitor Tzap
Okay here's an Update to the HDMI Plug\Connector Issues. 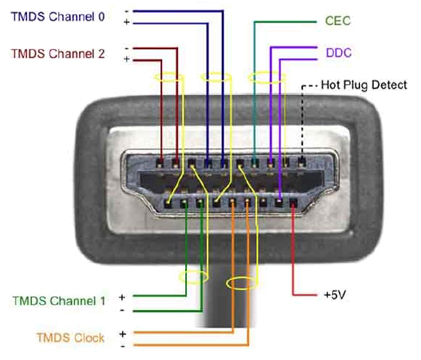