Title: A Sexual Encounter between a Capacitor and an Inductor

One evening, with his charge at full capacity, Micro Farad decided to get a cute coil to discharge him. He went to the Magnet Bar to pick up a chip called Millie Amp. He caught her out back trying self induction; fortunately, she had not damaged her solenoid. The two took off on his megacycle and rode across the Wheatstone Bridge into a magnetic field, next to a flowing current , to watch the sine waves.
Micro Farad was very much stimulated by Millie's characteristic curve. Being attractive himself, he soon had her field fully excited. He set her on the ground potential, raised his frequency, lowered her resistance, and pulled out his high voltage probe. When he inserted it in parallel, he short-circuited her shunt. Fully excited, Millie cried out, "ohm, ohm, give me mho". As he increased his tube to maximum output, her coil vibrated from the current flow. It did not take long for her shunt to reach maximum heat. Now with the excessive current shortening her shunt, Micro's capacity rapidly discharged – every electron was drained off. But that was not the end of it. Indeed, they fluxed all night, tried various connections and hookups until his bar magnet weakened, and he could no longer generate enough voltage to sustain his collapsing field. With his battery fully discharged, Micro was unable to excite his tickler, so they went home. A few weeks later, they were merged forever and oscillated happily ever after.

boy i do remember that from long ago..
almost forgot to add this...very relevant to this posting...lol 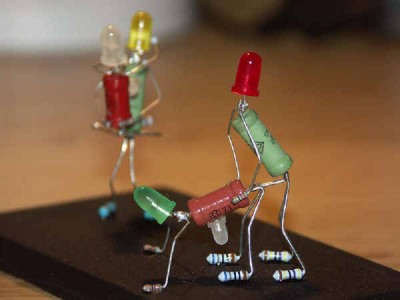 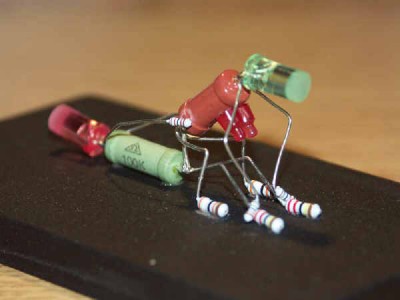 Man is it slow around here.

Would these items come under the category of "Plug and Play" devices ?
Top

I knew there had to be a good reason why we all got involved with electronics at one time or another. It's sexy