by dacflyer
is moderator or webmaster able to post stats on activity on the site for last 2 months or so ?
i don't even see the bots on here no more ( googlebot etc)

by MicroRem
yep, I check it once or twice a week now. Sad to see it fade away

by Lenp
My two pence,

Without a moderator or sysop's presence anymore, this site appears to be either in free fall, or it's an exercise in perpetual motion!


It's really akin to having reserved seating, on the Titantic's stern! 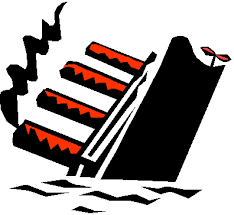 by dacflyer
i try to visit the site at least once a day or more..and it gets more and more vacant..where is everyone gone to ?
what other sites are they on more than this ? ( other electronic sites ) i don't see the N&V magazine in the Barnes & Noble book store any more either... is N&V dying ?

by Lenp
I think it's an epidemic of disinterest. I ventured into electronics as a kid, and was enthralled and amazed, staying with it for life. But, looking at the current state of technology, it is pretty overwhelming for someone to start from ground zero. Many 'projects' today require a micro, but without a solid understanding of basic electronics, you can't interface it.

Years ago, micro's didn't cloud the issue, and now there are so many varieties that a newbie gets lost in the swarm. So now he has to learn basic electronics, micro logic, programming, bread boarding techniques, two sided board fabrication, circuit assembly and when he's all done, and if it works, unless it is a very unique project, a commercially available design is probably available for a fraction of the cost, with ten fold performance. So, what's the gain?

There were schools, brick and mortar as well as correspondence (before the advent of on-line courses for the newbie!) but most are gone. Parts house, as we called them, were all over the big cities and now all but a few of the largest are gone. Even Radio Shack the closest outlet for the hobbyist, bit the dust!, Magazines were rampant, dozens on the shelves filling up our shelves. Now they are all gone, but a couple. High schools often offered electronics and now those rooms are filled with computers instead of scopes.

Hams cobbled their receivers and transmitters together with great pride and, today who can build a modern transceiver in their basement to compete with the imports? Many of us started 'tinkering' with radio and TV, and that tinkering name stuck. I was often asked, 'Do you still mess around with radio's"? That lack of professional reference, attitude, good salaries were often hampered..

It's interesting that some middle schools are now introducing limited hardware programming, so maybe the pendulum will swing back, but it's a slow swing. Europe has been using micros in their curriculum for several years, hence the birth of Revolution Education and the Picaxe.

What are the kids doing today? They sit in their cocoon, with a game controller, soaking up NetFlix, putting stupid videos on YouTube and are consumed with trivial issues and relationships. There's no 'Carl and Jerry', from the early Popular Electroncs, here anymore. Yes, some are into sports and that's good but in reality it does not set a path for lifetime success for most. Many people have stopped learning when they got that piece of paper that said they graduated. Learning is without bounds, it's an infinite process and that has yet to be learned by many.

So, did I give up? No, I didn't! The shop lights are just on less than before, and when they are on, I am designing, assembling or repairing something that will provide gainful returns; the hobby instinct is nearly gone. I have proved to myself what I can do and try to stay within my comfort boundaries. Sure, I learned something about micro programming, and I do use them in some designs, but I really pity anyone just starting into this long journey.

by dacflyer
ya it is sad.. i still strip stuff down to salvage or recycle parts..
i just got my GPS clock built minus the cabinet yet..
but i built the clock, and had a friend do the programming for me,, it works great..

i just need to try to build a custom dimmer for the display..

i learned that leds sing like light bulbs when using PWM...

by dyarker
Do you mean actually make a sound? I've never heard a LED or a light bulb do that. What is the PWM frequency? Schematic?

you ever hear a light dimmer make a incandescent light sing ?
i used to hear a household dimmer switch make light bulbs sing all the time.
but never thought it does that to led that are in a circuit driven by PWM.
now there was a bunch of leds grouped together for me to hear it.. there was about 12 of them grouped together...in 1 segment of a clock i am working on. and most all of the segments were on i could hear a high pitch whining, i thought i was hearing things, but i zeroed in on the noise and it was the leds..
no special circuit.. just PWM'ed leds. but it took a bunch of them to hear it.

i am posting a new topic in a few on needing help with a custom dimmer for this clock.

by haklesup
There are several reasons why PWM circuits make noise. In this case its probably the small amount of thermal expansion and contraction that occurs when the LED heat pulses out of the package. However if you have magnetic components in the circuit (coils inductors) they tent to also make noise especially low cost ones that are not potted well.

A different LED might make the sound go away, also changing the parameters of the PWM so that it is not in the audible range will help. Increasing the frequency and decreasing the pulse width will tend to both move the vibration out of audible range and also take advantage of the physics so that the package cannot expand as quickly as the pulse (so it does not physically resonate with the LED package).

With a light bulb, we only had 50/60Hz and could only PWM at this low frequency which has many harmonics well within the audible range, with LED, we have no such restriction. I am unsure what the preferred PWM parameters are for LED dimming.

by dyarker
aw .. come on... I know what PWM is; I asked the frequency.

Lenp wrote: I think it's an epidemic of disinterest.

I agree in part with you, but I don't think that we should discount the "maker movement" and the momentum behind that as an indicator of interest. I wasn't around in the days when ham radio ruled, so can't really draw a comparison to what is happening today. All I know is that the maker movement is strong and is growing - and as you mention is primarily micro-based. My background and focus is also on microcontrollers, which I don't necessarily think is a bad thing (although I guess I wouldn't think that

The way I see it, it's about evolution. Micros are becoming accessible and dominating (I guess in the same way transistors did). At the same time the way people consume media and interact with each other is changing. Long-established forums such as N&V are being challenged by people taking their conversations to Twitter or Facebook; Podcasts give us access to information and views we didn't have before; loads of forums are competing for people's attention with manufacturers & distributors jumping on board (Arduino, Atmel, TI, Sparkfun, Adafruit); website designs mean people interact through comments on a post without necessarily going to a forum; people's lives are more connected and processing more information than ever before - and have less time than before.

I suppose what I'm saying is that I don't believe we're hearing a death-knell - just the impact of a change in habits and environment to an extent. Ultimately a community is about the people in it, the relationships they forge, and the interests that they share.

by dacflyer
dyarker >> sorry did not catch that,, i do not know the frequency of it, but my guess of hearing it, it was about 2Khz or higher, it was not a strong sound, but if you got your ear near it you could defiantly hear it.

by gunter
I for one, am always looking to learn from the pro's. Born in 68, and still sit in awe from the old timers. Never owned a cell phone or a TV, but I get a bunch from folks throwing them away in the dumpster. taking them apart is the ultimate joy. I save extra money to get good equipment like Fluke and Weller (old ones made in Germany) to learn the craft properly. I think the forum would prosper if the old timers would do some sort of tutorials like component failure isolation. This is my first post but have been a reader of nuts and volts since 1998.

by gunter
I for one, am always looking to learn from the pro's. Born in 68, and still sit in awe from the old timers. Never owned a cell phone or a TV, but I get a bunch from folks throwing them away in the dumpster. taking them apart is the ultimate joy. I save extra money to get good equipment like Fluke and Weller (old ones made in Germany) to learn the craft properly. I think the forum would prosper if the old timers would do some sort of tutorials like component failure isolation. This is my first post but have been a reader of nuts and volts since 1998.
All times are UTC-08:00
Page 1 of 1
Powered by phpBB® Forum Software © phpBB Limited
https://www.phpbb.com/