Thread Update:
I finally ordered a CNC model 6040 4 axis 1.5Kw water cooled spindle model, directly from Scotle, in China. From my first email I was in constant contact with the same sales person. She provided excellent and timely support to my numerous questions and concerns. The to the door price was lower than most of the eBay deals, and I now feel I have a responsive support channel if needed. The payment was by Paypal and the machine was delivered, via DHL less than 10 days from the order, with no import taxes.

I understand, and expect, that there may be startup issues getting the machine, various software and the novice user all playing together so I'll have to find time to dedicate to getting it in service. If there is interest, I'll update this thread over time as it's maiden voyage progresses.
Len

Are you making circuit boards yet?
These are some of mine. 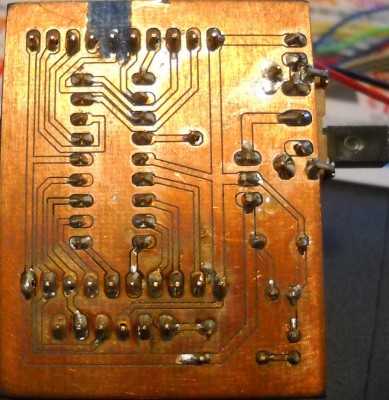 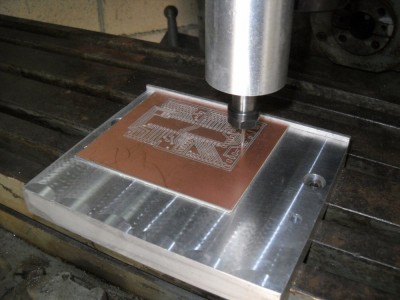 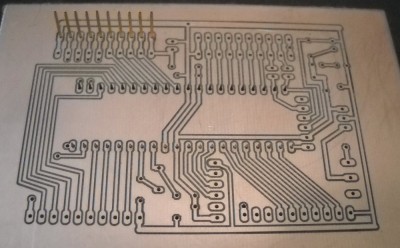 Hi Clyde,
No boards yet, because the router is not yet set up. I ordered it late last year directly from Scotle, in China and so far I have not had the time to get into it. I've been slammed with work and the boxes are not even opened yet, and no, I'm NOT doing a 'unboxing' YouTube video!

In the end, I settled on the CNC 6040, with 4 axis and the 1.5Kw water cooled spindle. So far I have had great support from the company and everything has gone smooth, but then, it has yet to take its maiden voyage!

I am interested in knowing what software you are using to generate the drawing, CAM and the G code layers.
Now I use a PCB package and the PNP masking method, with great success, for prototypes and one off boards. I need to check what file types the package outputs and if they will work for the next steps to do a milled PCB.

Since I manufacture a few products, and often custom items, I plan on using the 6040 to machine the panels plus some other items that I am now having laser cut. The software that I use can output the drawings as a DXF, so they will need conversion to CAM then GCode.

I'm getting ready to order some bits so any info you can offer will certainly be welcome.
Len

I design & layout in Eagle 6.4.0 and used pcb-gcode-3.6.0.4 to generate single pass G-code to engrave & drill with Mach3Mill.
I am milling on an aluminum plate that was milled flat. The board is held in place with double sided carpet tape. I flexed the board a little to take the bow out of it. When in place there was only .002" variation across the board.
I used a .2mm, .0078" 30 degree engraving cutter and a .8mm, .032" mill/drill at 10,000 RPM and 10 IPM feed. The pcb-gcode has an option to engrave the center of each hole after cutting the traces. So when drilling in the next step, the that tiny drill falls right into the center mark without wandering or breaking.
In the future, I will use larger VIA pads.
Nice clean cuts. I didn't even have to sand the edges.
This looks like my interface.
http://www.ebay.com/itm/DIY-Engraving-M ... f80a1dbd60

They say not to use laptops for CNC because they pause occasionally to do housekeeping.
If you haven't kept one of your old desktop computers with a real parallel port, you can get one cheap at a second hand store.
Top

MrAl wrote: I was even willing to 'draw' and then etch, using the 'CNC' to simply draw the pattern with ink. I did not come up with an ink dispenser solution yet though.

I know this thread has some whiskers but I am thinking deeper into different CNC applications for the new router.
PCB's are often milled with an engraving cutter for fine line isolation and that works, but the traditional etching still has appeal. The nemesis has always been placing the resist pattern on the copper. PNP is my current favorite. Years ago, before there were adhesive donuts and lines (Ech!) that were used by hobbyists for simple circuits. The hand drawn Sharpie patterns were common and tended to be sloppy, but I still use them to fix blemishes on a PNP board.

Although the CNC router's Z axis, which would hold the Sharpie, can be precisely positioned above the board, it's consistent contact with the board is a concern. So, with that in mind, I am working on a fixture design to hold a sharpie under some slight pressure so that good contact with the board is maintained, and will not cause the marker' tip to mushroom or wear quickly. There are several styles of Sharpie I am looking into, and since the black Sharpie is traditionally used, I do wonder if its ink is any better or worse as a resist than other colors. Its popularity may be only because black was available, and used from the beginning of time.

I am also pondering a glue / epoxy / silicone type applicator conversion, and a cake decorator has also been proffered!

No, these are not original ideas but are but a tinkerer's fodder!
Too much to do, with so little time, and energy!
Len

I'm also interested in a CNC Router machine, but intimated by engraving boards, what software program did your CNC Router come with? & is it easy to use?
Thanks
Top

Hi,
The CNC router comes with a Mach3 'trial version'. That is only the machine control software and any others you must supply.
Generally the workflow goes from a schematic to a board layout that is saved as a file that can be later converted to the 'G' code. This 'G' code defines the steps and directions the router takes to produce whatever you have designed. It is the information used by Mach3 to interface to the actual machine control electronics.
See Clyde's posts above for ideas on what he uses. I'm just 'stepping' (excuse the pun) into it now!
Len

Thanks for the info, I actually work in machine shop as a inspector checking plastic parts, so I see the big routers at work, I know the programmers at work get the CAD drawings from the customers and than convert the dimensions to a CAM software program and download that program to the specific CNC router in the shop.
Top
Post Reply
23 posts